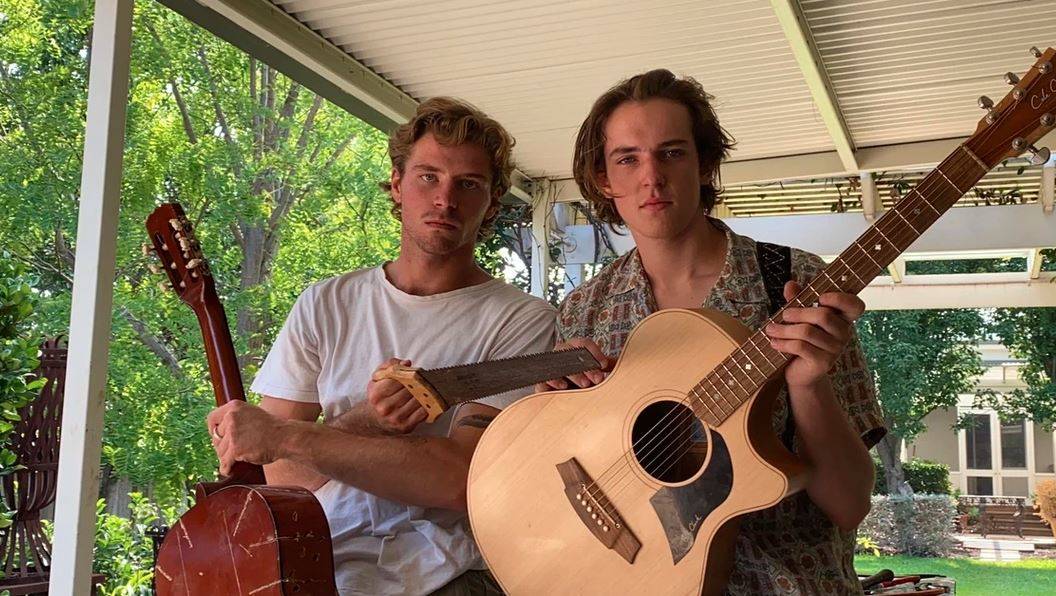 DIRECTOR: Scone's Hugo Morgan (right) is bringing his feature length directorial debut 'Collect Your Roadkill' back to Scone for a screening at the Belmore Hotel on Sunday, December 19. Picture: Mazgo Productions

After finishing Year 12, many Australian students traditionally enjoy a well-deserved summer break before they transition to university or into work.

Scone's Hugo Morgan, however, decided to use the opportunity of the four month "transitional phase" of his life to realise his dream of creating a feature film alongside his mates.

"We were coming out of high school and we knew that we were going to have four months free," he said.

"Once everyone goes to uni, they go off to their separate places, they get jobs they move out and life kind of takes over but there's this kind of intermittent period we wanted to capitalise on."

The result was Morgan's feature directorial debut Collect Your Roadkill, a "unique contemporary Australian film, combining the coming of age theme with music and a road trip setting". MOVIE: The poster for 'Collect Your Roadkill' filmed across the Upper Hunter. Picture Mazgo Productions

The film features Jim (Kit Murphy), an aspiring musician, who crosses paths with Syd, a rebellious runaway, as the two set out across on a trip across country NSW.

The movie has been screened at over 10 film festivals and in July 2021 won the best feature prize at the Berlin Indie Film Festival.

After the film made its Australian premiere in Sydney on Thursday, December 16, Morgan will return to his hometown of Scone for a screening of Collect Your Roadkill at the Belmore Hotel on Sunday, December 19.

Morgan said he and co-director, Alessio Mazza, had long been interested in making a feature length film, however they had to be creative in adapting their story ideas to make us of what was available to them.

"All the story ideas we had were much bigger than what we actually had the capacity to put to screen, so we kind of looked at what we had available to us," he said. 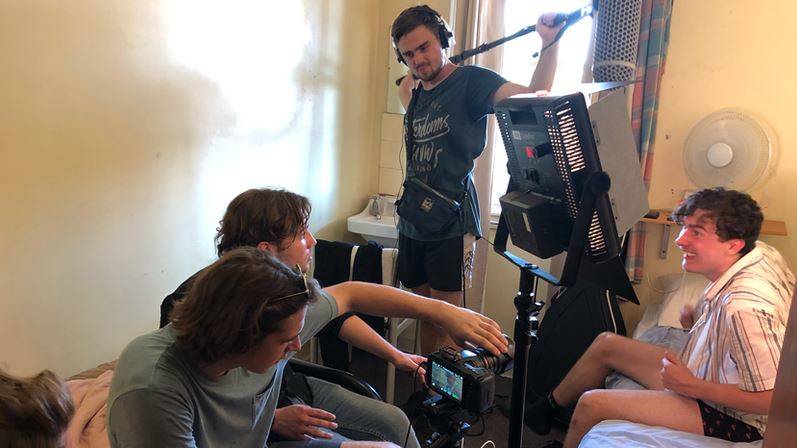 SHOOT: The filming of a Scene for 'Collect Your Roadkill'. Picture: Mazgo Productions

"We had this lovely Scone and Upper Hunter environment, we knew I had my car and we had our good friend who is a musician and also myself as a musician on board, so we decided to make it a musical roadtrip and film most of it in Scone."

Morgan and Mazza used prize money from his 2016 win at Muswellbrook's Blue Heeler Film Festival, as well as personal savings and an investment from their parents to fund the 26 day film shoot.

Morgan said they had to overcome a number of significant challenges during production, including drought breaking rain just before the start of filming.

"It had been so sparse and dry and we kind of wrote the whole movie around that and it rained a whole bunch just before we started filming and the landscape turned really green," he said.

"It was great for the community but we had to change our script."

Another challenge occurred when one of the main characters fractured their ankle midway through the shoot, forcing the team to re-film several scenes and to make further alterations to the script.

"I mean even just feeding that amount of people and getting all the extras in is a massive logistical challenge on its own," Morgan said. 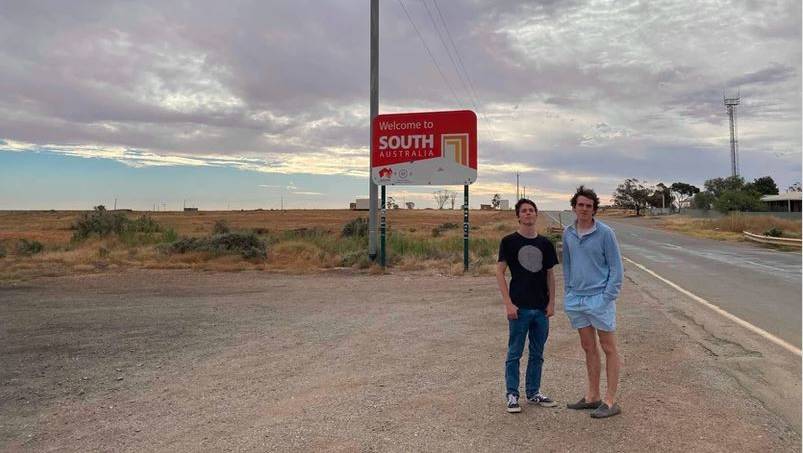 "We were together for 26 days filming and working and that comes with challenges of navigating personal relationships and managing people and the morale of the unit.

"That was a lot to focus on while there were so many challenges. It was a big learning experience, but it's great to look back in hindsight."

Morgan said while the Blue Heeler winnings had certainly helped with the production of Collect Your Roadkill, he believes he and Mazza would have found a way to make the film no matter what the obstacles.

"We were very determined (to make the film)," Morgan said.

"It was going to happen and we weren't going to let it not."

""I can say that some of the entries, especially my win in 2016, were a big morale boost for us," Morgan said.

"In terms of validating our skills and the acknowledgement of us, it was very validating and kind of helped us keep going and let us have big aspirations by getting that recognition early on.

"I don't know how much it could have changed without that, but I know that it was a very big help for us in kind of pursuing what we wanted to do and pursuing our film making goals." ON LOCATION: The shooting of a scene for 'Collect Your Roadkill', which was filmed in the Upper Hunter. Picture: Mazgo Productions

"Having people like the Blue Heeler support us, that was really a lot in terms of giving us the confidence in going forward into embarking on a project of this scale."

Morgan said he was incredibly proud of the entire team behind the film and what they had achieved.

"It really gives me a lot of pride to know what our team has made and the quality that we made it with such little resources," he said.

"But in terms of this feature and the scale of it, it gets out of your personal control and it's dictated by so many other people and so many other creative efforts and circumstances that you may be the one directing and guiding it but it takes on a body of its own and belongs to everyone who works on it and is in it."

With the film set to screen in Scone on Sunday, Morgan said he is excited to share the finished product with the Scone community that helped play such a big part in making his dream into a reality.

"It's really exciting to actually show it in the place that we filmed it and we can all rally around the fact that it's made in Scone and we get to see our town on the big screen," Morgan said.

"Now that we've made this move and it's taken so long and it has taken us to so many places, to actually bring it back and show it in the place that we filmed it all and the place it was inspired by, and I've certainly grown up and lived so much in that community, it's really exciting to actually bring it back and hopefully everyone gets excited."

Collect Your Roadkill will screen at The Belmore Hotel in Scone at 8pm on Sunday, December 19.

Tickets for the screening are available at the website of Mazgo Productions.