Preparations are underway at community sports clubs across the Upper Hunter as NSW begins the first phase of its staged reopening this week.

Lockdowns and other COVID restrictions have hampered sporting clubs across Australia over the past 18 months, disrupting training, seasons, fundraisers and preventing kids from partaking in sport.

A recent study conducted by the Australian Sports Foundation (ASF) to determine the ongoing impact of COVID-19 on the country's community sporting clubs found Australia's nearly 70,000 community sports clubs are facing a number of serious concerns.

Financial instability, declining participation and a reduction in the number of club volunteers were highlighted as three key areas of struggle for community sports clubs, particularly in the wake of Delta-strained related lockdowns in NSW, Victoria and the ACT. 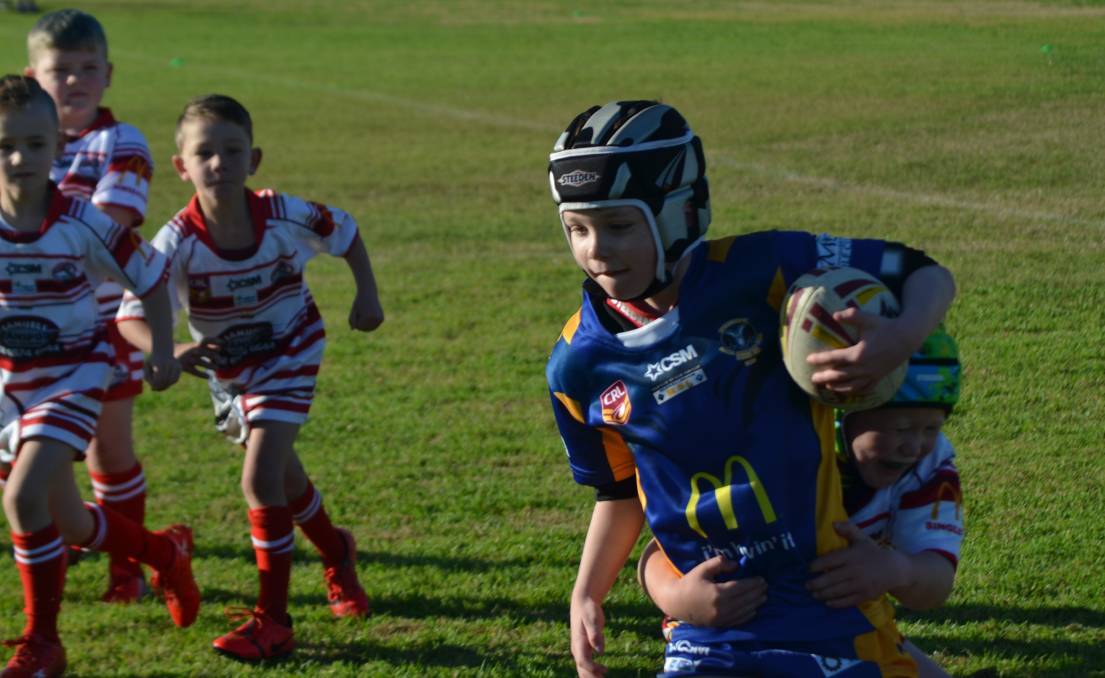 CANCELLED: Winter sports seasons were cancelled across much NSW in 2021 due to COVID restrictions.

Approximately ten per cent of community sports clubs surveyed by the ASF were concerned about financial insolvency while 60 per cent were worried about retaining members, especially in the 11-18 year-old age bracket.

While clubs across the Upper Hunter region haven't had to endure the extended lockdowns seen in Sydney and Melbourne this year, many have been impacted by ongoing disruptions to their seasons and fundraising.

"It's been hard, particularly for the older kids," Ms Taafe said.

"The senior team always look forward to doing zones and regionals and applying themselves to get into the state championships and that all just stopped, so it was harder to get them motivated and to get the older kids to come back."

Ms Taafe said the club's efforts to build a community focused culture had helped them retain members throughout the disrupted season. "We have a culture where we encourage the kids to pay it forward so we recruit the older kids to become junior coaches which gives them a bit of kudos within the club," she said.

"It keeps them keen to pass on the skills they've learnt over the years and it's lovely to see them giving back to the younger kids."

The opportunity to apply for grants and funding has been a lifeline for many community sports clubs during COVID restrictions, and the Merriwa Little Athletics club recently received $1,700 in funding from the Coles Little Athletics Community fund to buy new equipment.

Merriwa Little Athletics Centre President Belinda Keane said the funding would help the centre to survive and grow after a difficult period.

"Our centre has grown from 10 to 60 athletes in the last 10 years; hence we are in need of upgrading and buying new equipment to support all our new athletes and volunteers," she said.

"The Coles grant will allow us to buy a new trolley to cart our discuses and shotputs which will be a huge improvement on our current device - a milk crate attached to a furniture removal trolley."

"The new Tiny Tots equipment will be absolutely brilliant as this is definitely a growing part of our club, attracting nearly a quarter of our athletes. If we can give them a great experience as tots, we can hopefully keep them on as junior athletes." 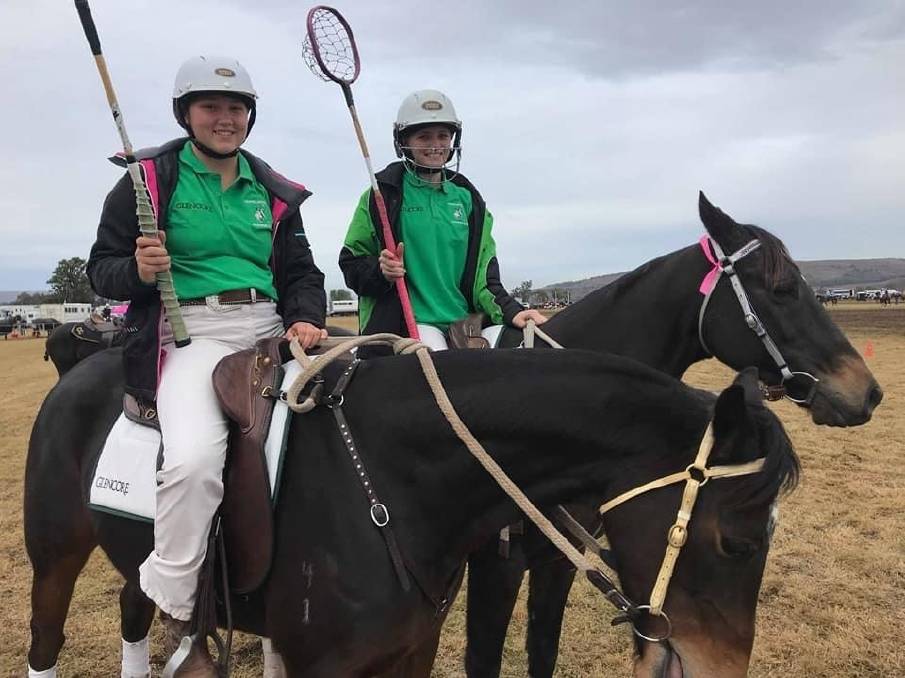 Glencore's Community Relations Manager, Craig Strudwick, said: "This funding is particularly important given the unprecedented challenges these sporting clubs have faced as a result of COVID-19.

"Junior sport provides a wide range of benefits, such as physical activity, a sense of belonging for participants, and generally helping to create unity among communities, all of which has taken on new meaning as the pandemic continues.

"We're delighted to be able to continue to play a part in helping junior sports groups continue to deliver those benefits across our regional communities." Muswellbrook Polocrosse Club received $5,744 which will allow the club to hold several training days after missing out on the 2020 seasons and playing less than half their matches in 2021.

Jade Hooke from Muswellbrook Polocrosse said; "As part of COVID recovery, this grant will be used to try and keep kids in the sport having missed out for the past two years.

"The grant allows us to give our kids free intensive coaching and keep kids in the sport," Ms Hooke said. 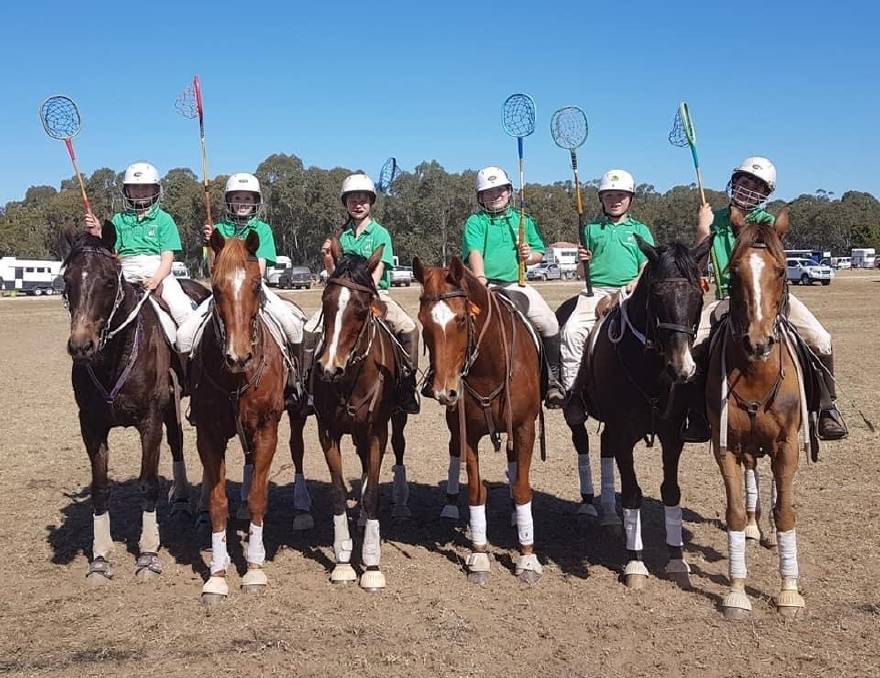 Matt Jeans, the president of the club, said they had been hit by a 'double whammy' due to the impacts of COVID and the disruption caused by ongoing upgrades to the Muswellbrook Shire Aquatic Centre.

"The last 18 months we've been either swimming at Denman or we've moved training to Singleton and we're eagerly awaiting the reopening of the outdoor pool at Muswellbrook," Mr Jeans said.

Mr Jeans said while the club was still in a stable position financially, the inability to host fundraisers had caused challenges for the club's committee.

"There's always fixed operating costs like insurance, business administration fees etc. and historically those sausage sizzles and end of year fundraisers have always been able to cover those costs but we obviously haven't been able to have those activities," he said. CONSTRUCTION: The Muswellbrook Aquatic Centre is still undergoing a major upgrade and is expected to fully reopen in May 2022. Photo: Mathew Perry

"Financially the club has been able to sustain itself the last two years but obviously, if it went on for a period of time longer it would have an impact."

As the state begins to emerge from stay-at-home orders, Mr Jeans said many community groups would be faced with the challenge of re-engaging the community.

"I think a lot of clubs, whether it be Lions or Apex or community sports, a lot of organisations are going to have to go through a rebuilding and rebranding exercise and a swimming club is no different to that.

"Swimming's a good, family oriented sport and activity so once the community sport restrictions are lifted we will certainly be out there encouraging the community to come back and participate.

Mr Jeans said the club was incredibly grateful to the support of Muswellbrook Shire Council for its support, particularly during the aquatic centre redevelopment.

"I certainly commend the Council for keeping us abreast of the pool's development and they've been supportive in assisting our athletes to train at Singleton while the pool has been closed." 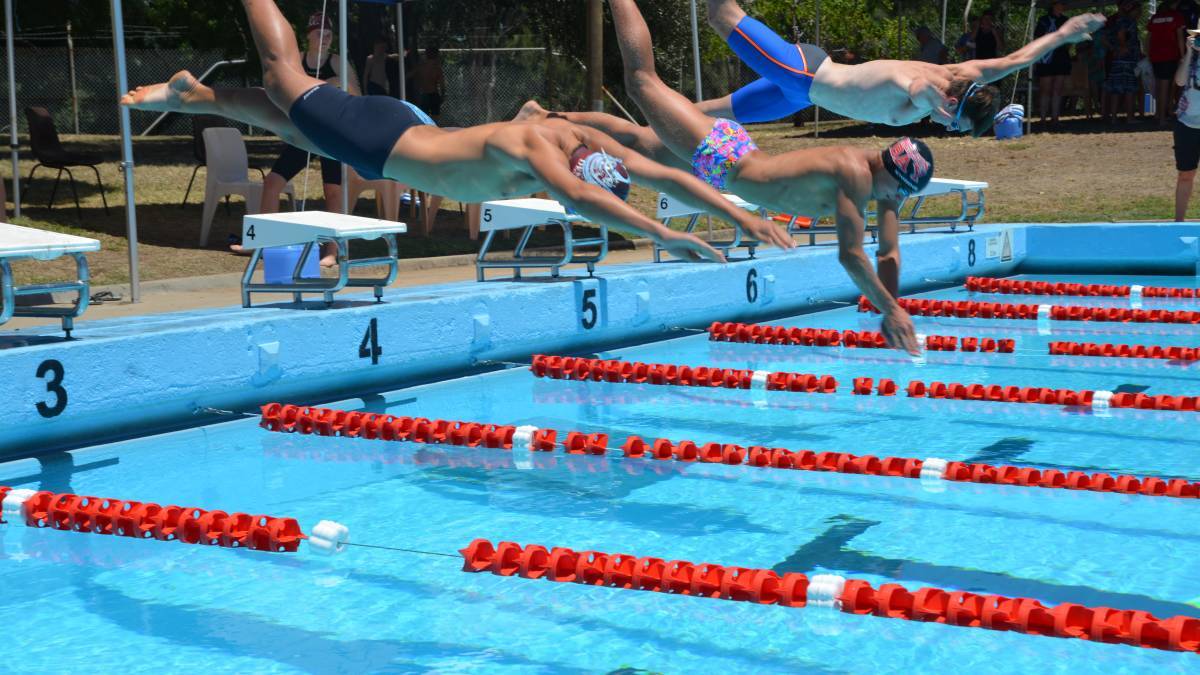 CARNIVALS: Muswellbrook swimmers taking part in a carnival prior to the start of the COVID-19 pandemic.

While expecting the first few months of reopening to pose challenges, Mr Jeans is excited about the opportunities afforded by the brand new facilities being built in Muswellbrook.

"Historically the club has hosted annual carnivals and we've had upwards of 400 people at any given time.

"We won't be able to host them this year or this season, given the COVID implications and social distancing requirements.

"But when all systems are firing in May 2022 we can attract up to 500 kids from Sydney, Dubbo and regional NSW and that will be a very good fundraiser for the club.

"It puts Muswellbrook on the map and also supports local businesses in terms of accommodation and things like that, so we can't wait for life to get a bit of normality about it so we can get on with things."

"I think the players are sick of staying home in lockdown and will be glad to hit the pitch as soon as they can and registrations are open and are slowly rolling in," she said.

Some parents are probably just waiting for the green light from the government to say the season is definitely starting before they register their kids and we have made our registrations $25 cheaper this season to compensate for the shorter season."

Ms Cook said the main concerns for the cricket club going forward stem from the shorter season and the impact of lockdowns on local businesses possibly deterring club sponsors from getting involved financially, as well as a lack of volunteers.

"The club is just scraping together enough volunteers to keep going, however this is an ongoing problem and definitely not due to COVID-19," she said.

With NSW expected to reach the 80 per cent fully vaccinated target of the eligible over-16 population next week, community sports clubs are keenly awaiting further announcements on when they can begin returning for a 'COVID-normal' summer of sport.