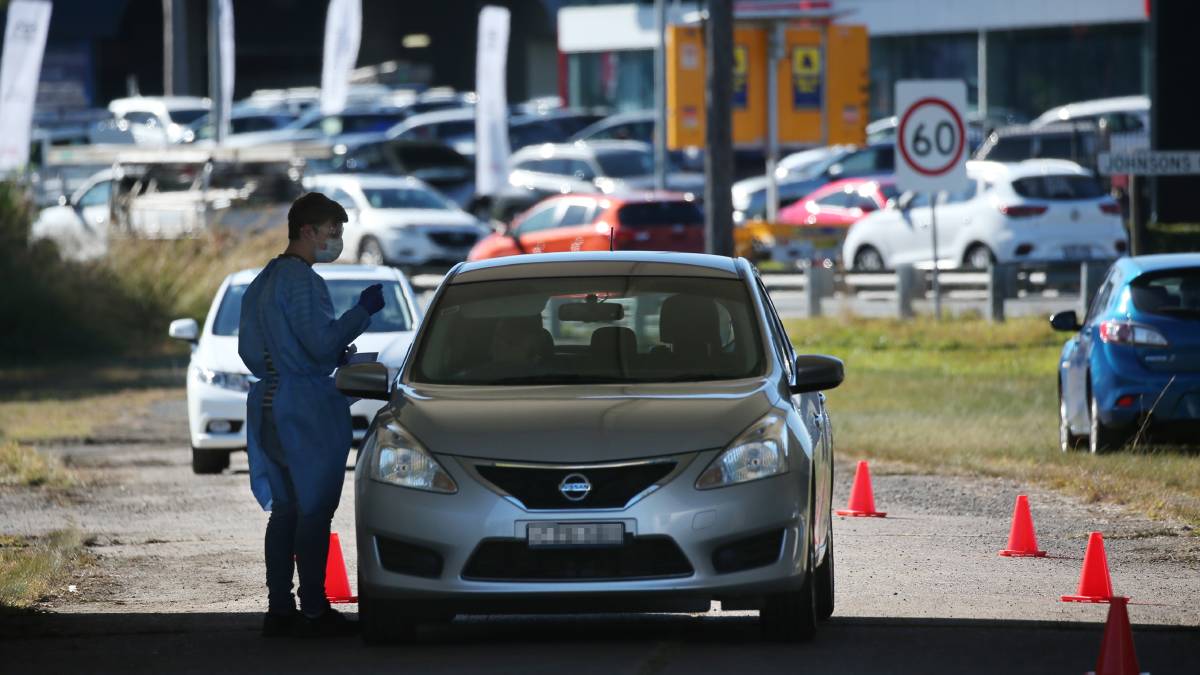 It is a question that may not be front and centre for the nation as it deals with another crippling outbreak of the deadly virus, but Australia could get a clearer picture next week of how we hope to extricate ourselves from COVID's grip.

Scott Morrison has announced a four-phase exit plan which will probably include opening borders, vaccine passports and a staged easing of restrictions.

But the plan, and the likely exit wave which will accompany it, poses some unsettling questions for the Prime Minister, state leaders, health authorities and the community at large.

At what point do you expose the unvaccinated to a virus that could kill them? How many deaths do we regard as tolerable on the road to freedom? 100? 1000? 10,000?

The US Centers for Disease Control has started referring to COVID-19 as a "pandemic of the unvaccinated" as more than 99 per cent of virus deaths in the country are occurring in those who have opted not to receive the shots.

Even some Fox News hosts have started calling on their Trump-loving, intervention-hating viewers to get vaccinated as a country with 56 per cent of people aged over 12 fully inoculated stares down the barrel of another northern winter.

Fifteen of America's 50 states have fully vaccinated more than 90 per cent of those age over 65, but others have elderly vaccination rates as low as 69 per cent.

However, it is the United Kingdom which is about to provide Australia and the rest of the world with the most telling example of what an exit wave could look like.

Boris Johnson opened up the UK on Monday, removing most restrictions amid a surging wave of Delta variant cases. Football stadiums and nightclubs are heaving once again as the unmasked hordes pour in.

Britain and the rest of the world could have a clear idea by mid-August about the toll of this approach. 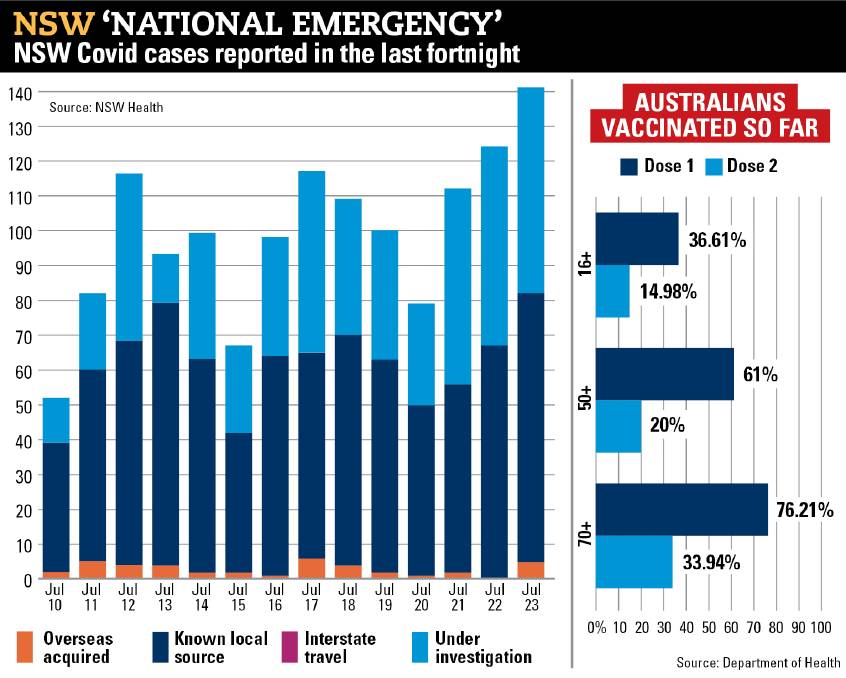 Australia has, of course, enjoyed these kind of freedoms for much of the past year, but not with coronavirus surging through the community.

Britain has fully vaccinated 54 per cent of its total population and about two-thirds of all adults. Almost 90 per cent of adults have had at least one dose, suggesting the proportion of fully vaccinated adults could end up being close to nine out of 10. But it isn't there yet.

Health secretary Sajid Javid, who has since contracted the virus himself, told the House of Commons two weeks ago that cases could reach 100,000 a day in the late summer, but he took solace that the vaccine was significantly lowering hospitalisations and deaths.

Still, modelling by the Imperial College London forecasts that every day 100 to 200 people could die and up to 2000 could be hospitalised as Britain pushes, hopefully, towards herd immunity.

This is what Britain's exit wave looks like. Maybe it will be better. Maybe it will be worse. There are many, many variables built into the modelling, including the efficacy of the vaccines, how people behave in the real world and how well the National Health Service copes.

The Imperial College team estimated that, depending on these variables, lifting restrictions amid a Delta outbreak could lead to between 9400 and 115,000 additional deaths by June 1 next year.

"Across all transmissibility and vaccine effectiveness scenarios explored, we estimate that lifting restrictions on 19 July in the context of [the Delta variant] could lead to a significant third wave of hospitalisations and deaths," they said. 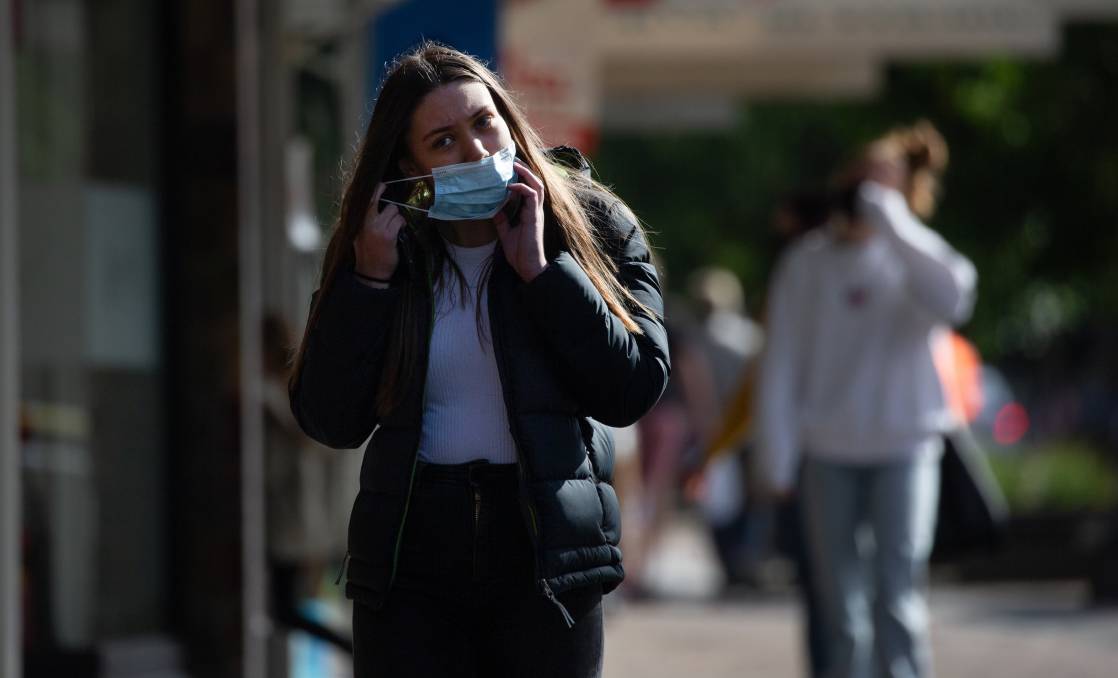 A woman masked up in Maitland's main street.

To reach herd immunity, a population must either get vaccinated or get exposed to the virus until the rate of transmission falls below one. In other words, until everyone who has the virus is passing it on to fewer than one other person, on average. At this point the virus runs out of steam.

Here's hoping the virus does not mutate to get around the vaccine, or in a way that makes it more dangerous to children.

University of Newcastle clinical epidemiologist Dr Craig Dalton, an expert in how communicable diseases spread, said Australia was watching other countries closely as they removed restrictions with varying levels of vaccination in place.

"I think every country opening up with moderate levels of vaccination between the 70 to 80 per cent mark of adults will provide insight into what we might expect," Professor Dalton said.

Britain has recorded 129,000 COVID-19 deaths since the start of the pandemic, including 1800 a day in January. Many more of its citizens have been infected and survived, building up antibodies outside of immunisation.

Australia has experienced 916 COVID-19 deaths, and the population has been exposed to very little of the virus by world standards.

It is hard to believe that the nation's leaders, having been so careful and lucky to avoid tens of thousands of fatalities, will be anything but cautious when it comes to opening up.

But the dilemma remains the same: To return to normal, whatever that looks like, Morrison and state leaders must at some point agree to reopen Australia's borders, remove restrictions and let the virus circulate in a partially vaccinated community.

Using a very crude extrapolation of the Imperial College estimates based only on our relative populations, this could mean between 300 and 600 COVID deaths a week and up to 63,000 hospitalisations a week in Australia. That would be like Victoria's distressing second wave last year but on a national scale.

These numbers, though highly speculative, don't make comfortable reading for any government, let alone one facing an election before May next year, but there appears no escaping the reality that at some point the virus will spread and more people will die.

The community will not tolerate being shut up forever, even if many people remain unvaccinated.

"I think that would be hard for any country to contemplate, but with COVID we often arrive at points, decisions and epidemiological situations we haven't expected we'd arrive at," Dr Dalton said.

"The journey to that will be challenging but interesting."

The Doherty Institute in Melbourne is providing modelling to the government to help dictate the phased plan to open up, including advice on vaccination targets.

The institute said on Friday that it expected this modelling to be made public next week.

It appears as though the government is hoping to offer every adult the chance to receive the vaccine by Christmas. Once everyone has had that opportunity, it is only a matter of time before the nation expects its own Freedom Day.

Australia has 2.8 million adults fully vaccinated, or 11.5 per cent of the overall population.

In a radio interview this week, Mr Morrison referred to "65 to 70 per cent vaccination in this country", though it is not clear if this will become an official target. It is likely he and state leaders will remove various restrictions depending on tiered vaccination thresholds in each age group.

It remains to be seen whether Australia reaches an adult vaccination rate of 70 per cent or higher. The threat of a freely circulating virus which has killed 4.13 million people may be enough to convince some of the doubters.

If 30 per cent of adults remain unvaccinated when we open up, that's 6 million people. If we don't vaccinate children, that's another 6 million.

Victorian Premier Dan Andrews said recently when talking about abandoning lockdowns early next year after everyone has been offered the vaccine: "We wouldn't be having lockdowns to protect people who weren't prepared to protect themselves."

It is the closest an Australian politician has come to saying: If you catch COVID and die, it will be your fault.

However, the vaccines are not 100 per cent effective, and the Delta variant appears to pose more danger to younger people than earlier iterations. Outside of death, long COVID is having a serious effect on victims.

To what extent do governments have a duty to protect people from themselves? Australia does this in other ways, with seat belts, anti-smoking taxes and myriad other public health measures, but not at such expense to others.

These are thorny ethical issues we expect our leaders to navigate.

Last year, our COVID response and geographical isolation bought us valuable time to see how the rest of the world dealt with a raging pandemic, both in terms of restrictions and treatments.

The world focused too much on washing hands when it should have been wearing masks, but in Australia the slow realisation that the virus was circulating in the air did not lead to catastrophic loss of life.

Now, our tortoise-like vaccine rollout has granted us the unintended luxury of looking on while the UK rolls the dice.

Regardless of the outcome, the only visible way for Australia to get from Point A to Point B is through a tunnel. The more people we have vaccinated, the less scary that tunnel will look.

This story How many COVID deaths will we tolerate on the road to freedom? first appeared on Newcastle Herald.