The highly contentious model of assessments trialled on National Disability Insurance Scheme participants is set to be overhauled, with the Morrison government conceding a "significant amount of work" needs to be done before some form of independent evaluations is brought in.

But Senator Reynolds has ruled out introducing the exact process used in an ongoing trial, which has drawn criticism from disability groups, medical professionals, academics, the states, Australia's disability discrimination commissioner and even one of her own Coalition colleagues.

NSW Liberal Senator Hollie Hughes last week described the proposal as "dehumanising" and "offensive" and said she wouldn't want her autistic son subjected to one.

Senator Reynolds said she couldn't "help but feel her [Senator Hughes'] pain as a parent", admitting she's heard many families express the same "fear and concern" articulated by her party room colleague.

"It is a message that resonates very strongly with me. It is part of why I feel such an obligation to get this right," she said.

Senator Reynolds made the comments in a wide-ranging interview with Australian Community Media about the biggest shakeup to the National Disability Insurance Scheme since its introduction.

The former Defence minister has identified two immediate priorities since replacing Stuart Robert in the role - improving the scheme for participants and addressing what the government considers to be an "unsustainable growth trajectory" in the program's cost.

The National Disability Insurance Agency's latest quarterly report put the scheme on track to potentially cost $40 billion within three years - about $10 billion more than what the federal government's increased budget for participant supports had accounted for in 2023-24. 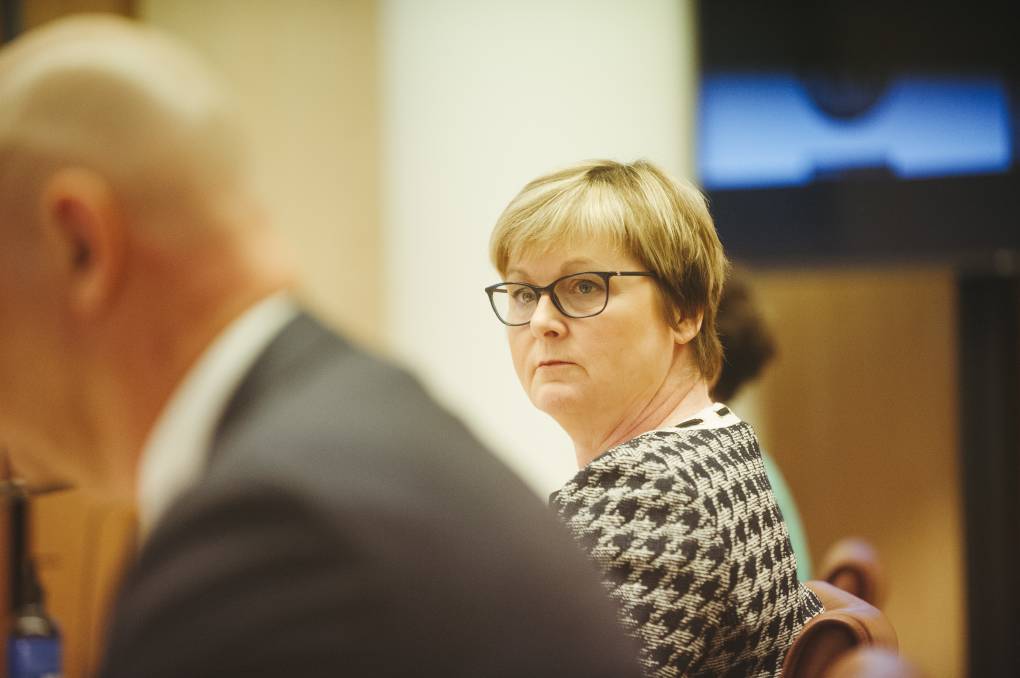 Senator Reynolds' arguments pushing the reform agenda have been met with criticism and scepticism from across the disability sector, with advocates accusing the Morrison government of framing the scheme as out of control in an attempt to justify cost cutting.

She said while the scheme had transformed the lives of thousands of Australian families, it was clearly not working for all participants

She said her "biggest concern" was data which suggested participants across a broad range of disability types were becoming less functional the longer they spent on the scheme.

Advocates have accused Senator Reynolds and the National Disability Insurance Agency of using selective data to suit their narrative. But the new minister insists it's a legitimate problem which needs to be addressed.

"On the face of it, on one reading of that, the scheme is a failure because people are saying they are becoming less functional.

"That is completely the opposite of what the scheme was designed to do. If it is the case that people are not actually getting less functional, the question is why are they reporting that it is? How do we address that?"

In her first major act in the new role Senator Reynolds hit pause on the permanent rollout of independent assessments, shelving plans to bring forward legislation to usher in the new regime until the results of the trial had been assessed.

The trial model, which involves the use of a standardised set of tests to determine a participants' functional capacity, has been widely condemned as a threat to the "choice and control" principal at the heart of the landmark social reform.

While the Productivity Commission and David Tune's major NDIS review called for the use independent assessments in some form, the model proposed by the government went well beyond either's recommendation. Disability Discrimination Commissioner and NDIS participant Ben Gauntlett revealed last week he had participated in the second trial, describing his assessment as "unsatisfactory".

While she refused to pre-empt what changes could be made after the trial results were examined, Senator Reynolds has made clear the specific model developed under Mr Robert's watch - which was to be introduced this year - was dead in the water.

"It is very clear that we need to do a significant amount of work on how functional assessments are done - how they are communicated and how they are done," she said.

"I've had a lot of feedback about problems.

"I had a lot of feedback about what worked really well for them [as well]. But I've also had feedback where people didn't find it a useful experience, or didn't understand the process."

Senator Reynolds said her goal was to create a process which was "as respectful and as simple and clear as possible".

NDIA chief executive Martin Hoffman has suggested half-a-dozen aspects of the proposed model could be tweaked, including options for exemptions from assessments and greater oversight of test results.

The trial is due to finish this month, with state and territory disability ministers to meet with Senator Reynolds in July to consider the results.

Senator Reynolds has also sought to quell fears - held by Senator Hughes, among others - about plans to match participants to one of about 400 "personas" for the purposes of calculating their funding packages.

She said the "personas or cameos" were designed to set a "fairness baseline" for participants of a similar age and disability. Once that had been established, the participants' individual circumstances and goals would be factored in before a final funding decisions were made.

Senator Reynolds said the existing system which relied on participants to source their own functional assessment reports meant that those who lived near major cities and had higher incomes were receiving more funding than low-income people in regional areas.

Figures provided to Australian Community Media showed average participant budgets in the federal electorate of Canberra was $73,500, compared to $56,00 in the northern suburbs electorate of Fenner.

The average budget in Eden-Monaro, a vast regional electorate which stretches from Queanbeyan to the South Coast, was $59,200.

"Whether you come from Kununurra or you come from Perth, if you've got a similar disability, a similar age and similar circumstances then you should at least walk into the planning meetings with a similar start point," Senator Reynolds said.

"But those statistics clearly show that is not the case, and that is wrong."

Our journalists work hard to provide local, up-to-date news to the community. This is how you can continue to access our trusted content:

This story 'An obligation to get this right': Reynolds promises changes to NDIS proposal first appeared on The Canberra Times.

Discuss "'An obligation to get this right': Reynolds promises changes to NDIS proposal"

Please note: All comments made or shown here are bound by the Online Discussion Terms & Conditions.

Discuss "'An obligation to get this right': Reynolds promises changes to NDIS proposal"

Please note: All comments made or shown here are bound by the Online Discussion Terms & Conditions.