HE was, by nature, a gentle man.

He was, for nature, for all of us, a leader and an educator, a diplomat and a protector.

Brian Gilligan, the man who devoted his life and career to conserving the environment and helping shape the community's appreciation of where they live, has died.

"He's left this world a much better place, because he showed us how to love, to be kind, to forgive, to do what's right for the greater good," said Mr Gilligan's daughter, Kate Murray.

Brian Gilligan was born in September 1948 and lived his early years on a farm at Dartbrook in NSW's Upper Hunter.

His boyhood spent immersing himself in the environment would guide him towards the man he would be.

After working briefly as an exploration geologist in New Guinea and Queensland, Mr Gilligan used his training in science to become a high school teacher. He quickly specialised in environmental education.

Yet he wasn't constrained by the classroom. Brian Gilligan took students out into the environment, opening their eyes to the world around them, when he founded the Awabakal Field Study Centre at Dudley in 1976.

"It was more a case of taking in their surroundings and just being aware and being sensitive to them," Mr Gilligan told the Newcastle Herald on a return visit to the education centre in February this year. Brian Gilligan's journey through the wilderness took him beyond Dudley, around the globe and into the highest offices in the country, as he helped formulate policies and views on land management and conservation.

He also remained connected to environmental education, through the University of Newcastle and in everyday lives.

He was a founding director of the Shortland Wetlands Centre, worked in senior management at the NSW Environment Protection Authority, and from 1998 to 2003, he headed the NSW National Parks and Wildlife Service. In that time, he was also a member of the NSW Marine Parks Authority.

After retiring from the NPWS, Mr Gilligan worked for a range of land management and environmental authorities around the nation, including the NSW Natural Resources Commission and the state's Planning Assessment Commission. "His graciousness and humility, that almost disguised the enormity of the public contribution he made, and that he had the capacity for.

"He was disarming, you just didn't realise what a very important public figure this man was. And we need more public figures like Brian, and they're as rare as hen's teeth."

Yet the public official was also a cherished family man. He was a husband to Micheala, a father of three, with two daughters, Kate and Conor, and a son, Adam, who has followed his father's path and works in a senior role in the EPA. And he was a grandfather to five, with a sixth grandchild due in April.

Adam Gilligan said he didn't shy away from pursuing a similar career to his father.

"I think rather than cast a shadow for me, Dad has shone a light on what it means to be not only a good public servant, but a good husband, father, grandfather and all-round great guy," Adam Gilligan said, adding both parents encouraged in their children an environmental consciousness.

While his work took him around the country and the world, Brian Gilligan also took care of his backyard, working on environmental projects and raising awareness in his local community of Seaham. 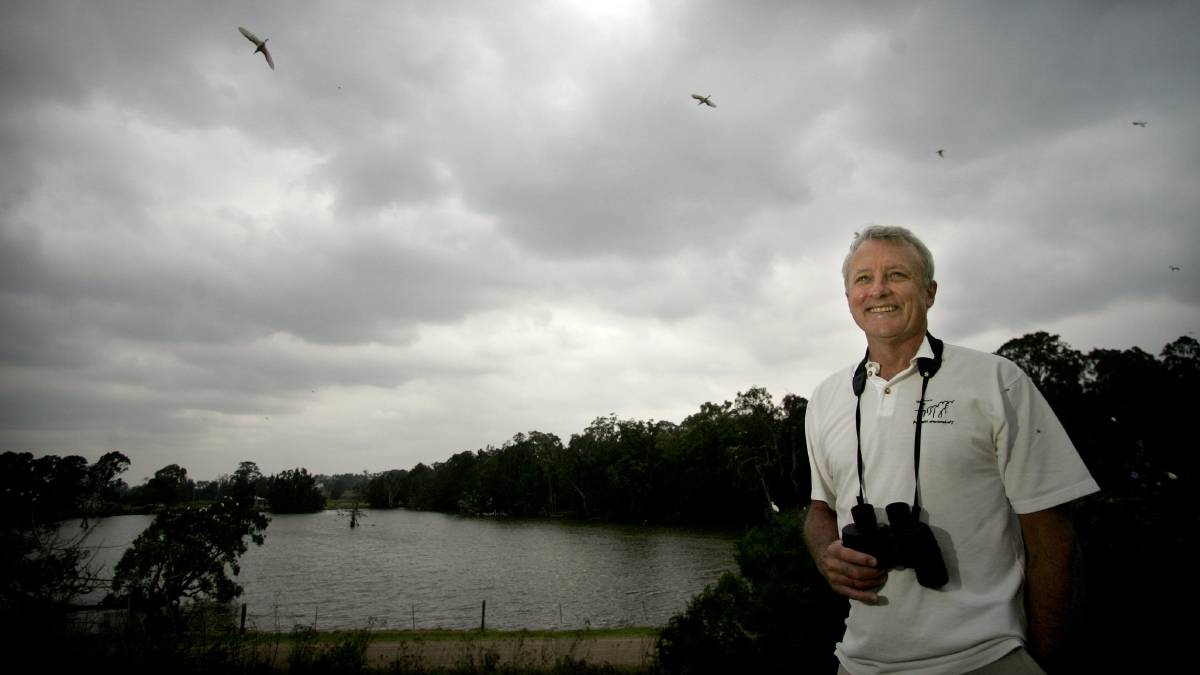 "He was a man of integrity," said Kate Murray. "He believed that integrity was not something that comes in half measures, that's something we learnt as children.

"He led that life. He taught us by doing."

Less than 12 months ago, on Christmas Eve, Brian Gilligan was diagnosed with lung cancer. As the non-smoker and avid bushwalker said, the diagnosis was "a big bolt from the blue".

"A cancer diagnosis is, in one sense, a horrid thing," he told the Herald in early 2020. "In another sense, it's a gift, in that you've at least got some time ahead to do some reflection."

Brian Gilligan more than reflected. He used that time to write essays and editorial pieces about a range of subjects, from land management to the impact of climate change.

And he turned words and views into action. He joined the high-powered Emergency Leaders for Climate Action group, urging governments to do more to combat growing environmental and community threats, notably bushfires.

While his own future looked challenging as he underwent cancer treatment, Brian Gilligan concentrated on trying to do something about the world's future. He did as he had always done; he set out to make a difference. Just days before he died on Friday morning, surrounded by his family, Brian Gilligan was still recording his views, still helping others, still making a difference.

"He certainly made it a better world," said Kate Murray. "Not just on a state or national, global level, but importantly helping people change their mindset in a gentle way, educating them to think about things differently.

"Gently guiding people to look at different ways, and to care for our environment."

Adam Gilligan believed that gentle guiding of how people saw the environment was one of his father's greatest contributions.

"I think he has helped to move our perceptions of the value of nature and the environment for so many people," Adam Gilligan said.

"What he's done will continue, and there's not many people who do as much as Brian has done," Mr Watterson said. "And we need more of them. He'll continue to be an inspiration."

As Brian Gilligan said, as we walked through the bush on the edge of the continent at Dudley in February, life was about trying to make a difference.