Port Adelaide has been the pacesetter in the AFL all season and Brisbane has the incentive of being able to play a Grand Final at home if it replicates its home and away form.

Richmond though, remains a firm favourite to make it three flags in four years.

Here's my analysis of the eight finalists:

Strengths: The Power's intense forward-half pressure has been integral to their success and possess a brutal contested ball-winning midfield led by All-Australian vice-captain Travis Boak, who has been in career-best form and runs his rivals ragged. They have a solid defence superbly led by captain Tom Jonas and up forward Charlie Dixon is almost unstoppable when on his game, bringing his smaller teammates such as Robbie Gray, Zak Butters and Connor Rozee into play.

Weaknesses: The Power can be vulnerable if they don't gain control of midfield. The defence can be caught out against an opposition that moves the ball quickly and efficiently. Dixon can be wayward in front of goal and needs to take his chances.

Medical room: There are no major injury worries at Alberton with a full list likely to be up for selection for the qualifying final. Ryan Burton (quad) and Tom Clurey (hamstring) should be available and Butters returns from suspension.

Verdict: The Power have been underrated all year and deserve respect for finishing the regular season on top.TAB premiership odds: $6.

Strengths: The Lions' ability to win the contested ball and lock it in their forward half has been a hallmark of their success this season. The numbers they have going through their midfield is another asset, with Brownlow Medal favourite Lachie Neale, skipper Dayne Zorko, Jarryd Lyons, Hugh McCluggage and Mitch Robinson leading the way. In defence they have All-Australian Harris Andrews in the key role supported by experienced left-footers Daniel Rich and Grant Birchall, who are smart and penetrating with their ball use.

Weaknesses: As the Lions set up so high and aggressively, they can be exposed defensively by teams thatmove the ball quickly. Their kicking for goal has proved costly at crucial times in the past two seasons.

Medical room: Andrews will be back to face the Tigers in the qualifying final after overcoming a torn left hamstring. Powerful midfielder Jarrod Berry will return after missing the final two home and away rounds because of a right shoulder injury.

Verdict: If they knock over their long-time nemesis Richmond on Friday night, look out. TAB premiership odds: $5.

Strengths: The Tigers' much-vaunted system has stood the test of time as they seek a third flag in four years. After a tardy start to the season, they have regained their mojo, particularly their trademark forward-half pressure which is the envy of the competition. Despite injuries to key defenders and midfielders, younger players such as Noah Balta, Liam Baker and Shai Bolton have stepped up.

Weaknesses: While ranked 17th in the AFL for clearance and 14th for contested possessions differential, the Tigers back themselves to regain the ball and make the opposition pay. Their defenders can be vulnerable when they are forced to go one on one.

Medical room: Dion Prestia, restricted to only five games this season after suffering asyndesmosis injury to his left ankle in July followed by arthroscopic surgery last month to treat an infected wound, should return. Shai Bolton (calf), who missed the final round game against Adelaide, should be back but Tom Lynch (hamstring) has been ruled out.

Strengths: The Cats possess one of the most talented and deepest midfields in the competition. Brownlow medallist Patrick Dangerfield is the key playmaker, supported by inspirational skipper Joel Selwood, Mitch Duncan, Cameron Guthrie and Brandan Parfitt. Geelong's defence is hard to crack and Coleman medallist Tom Hawkins spearheads an attack which has scored more points than any other this season. Even at 36, you can't underestimate the brilliance of Gary Ablett.

Weaknesses: They rely heavily on Hawkins to kick a winning score. Their ruck division has been a problem since Brad Ottens retired at the end of 2011 and remains suspect.

Medical room: Ruckman Rhys Stanley, who has not played for a month after being expected to miss only a week with a groin injury,will return. Tom Atkins, who missed the final round against Sydney with general soreness, is also available and Zach Tuohy (knee soreness) is a certain starter.

Verdict: The Cats have earned a double chance but lingering doubts remain about their ability to stand up in finals in light of their appalling finals record since 2012. TAB premiership odds: $5.50. 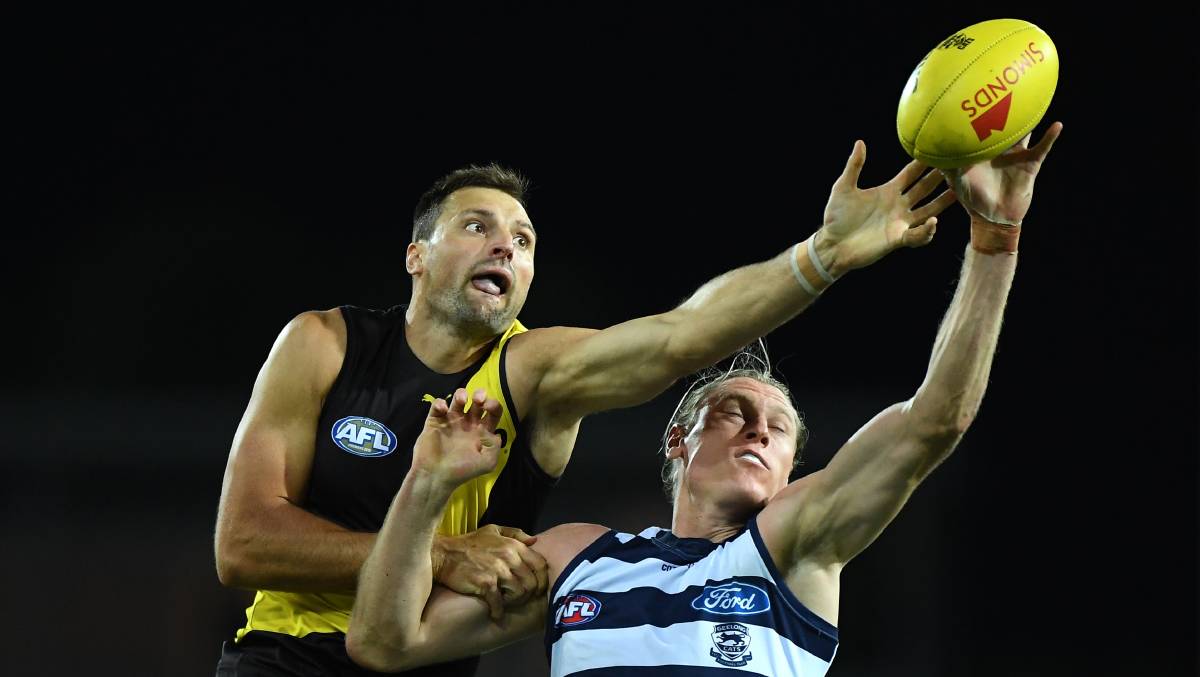 Toby Nankervis of the Tigers competes for the ball against Mark Blicavs of the Cats during round 17. Picture: Getty Images

Strengths: When their best players are fit and firing, they have most bases covered. All-Australian ruckman Nic Naitanui has the ability to turn a game, supported by skipper Luke Shuey, Andrew Gaff, Tim Kelly and Dom Sheed in the midfield. In defence Jeremy McGovern, Shannon Hurn, Brad Sheppard and Liam Duggan provide run and rebound, while in attack Josh Kennedy and Jack Darling are excellent targets.

Weaknesses: The Eagles are not suited by the shorter 16-minute quarters because they often can run opposition teams off their feet.

Medical room: Shuey (hamstring) will be back after missing the past three games and the Eagles are confident about regaining Mark Hutchings (hamstring), Lewis Jetta (calf), McGovern (hamstring) and Jack Redden (thumb). Jamie Crippswill be available after his partner Olivia gave birth earlier this month, but Kennedy (ankle) faces a test and Elliot Yeo (groin) has been ruled out for the remainder of the season.

Verdict: Hard to see them losing their first final at home, but then the big test will come on the road.TAB premiership odds: $12.

Strengths: Paddy Ryder, who has been in a rich vein of form late in the season, and Rowan Marshall are the most powerful ruck combination in the competition. Small forward Dan Butler has been outstanding in his first season with the Saints as the club's leading goalkicker, All-Australian Jack Steele is a driving force in the midfield, while Hunter Clark and Nick Coffield shore up a solid defence.

Weaknesses: Clark has spent more time in the midfield recently as the Saints seek to cover the loss of the creative Jade Gresham. Speed has been an issue and they need Bradley Hill to produce his sparkling best.

Medical room: While Gresham will be sidelined with a back problem, the Saints are confident Jack Lonie will recover from a knee injury. Zak Jones (strained hamstring) should be right to play, but Josh Battle (ankle) is set to miss.

Verdict: Coach Brett Ratten has done a superb job in elevating the Saints into the finals for the first time since 2011. Winning a final would be a great result, but unlikely to go further.TAB premiership odds: $34.

Strengths: With two All-Australians in skipper Marcus Bontempelli and Jack Macrae leading the charge, they are well stocked in the midfield. Mitch Wallis has emerged as an excellent medium-sized forward, booting 24 goals to be the club's leading goalkicker, but the Dogs have an even spread. They can be dangerous on the counter-attack from half-back, with All-Australian Caleb Daniel's efficient ball use a genuine weapon.

Weaknesses: Key forwards Aaron Naughton (14 goals in 11 games) and Josh Bruce (13 goals in 16 games) have failed to click as a combination. The Dogs' defence can be exposed by tall forwards if the opposition's ball movement is clean and quick.

Medical room: Naughton (depressed cheekbone fracture) and Wallis (jarred shoulder) should be available after being hurt in the final round against Fremantle. Matt Suckling (hamstring) and Laitham Vandermeer (hamstring) will be tested, but Lin Jong (ankle) and Toby McLean (knee) are out for the season.

Strengths: The Magpies have one of the League's stingiest backlines led by All-Australian Darcy Moore, Brayden Maynard and Jack Crisp and their midfield spearheaded by skipper Scott Pendlebury and another All-Australian Taylor Adams runs deep. Maynard and winger Josh Daicos are two of the competition's most improved players.Athletic ruckmanBrodie Grundy has been a big asset in past seasons, but he has been out of sorts and needs to lift.

Weaknesses: Their inability to kick goals with a heavy reliance on Jordan De Goey to score a bag. The absence of vice-captain Steele Sidebottom for personal reasons after his fiancee Alisha Edwards gave birth to their child this month and injured high-flying defender Jeremy Howe are huge blows because they provide class and experience in key areas of the ground.

Medical room: While Howe and Sidebottom will be watching on, the experienced Chris Mayne (cheekbone), Trey Ruscoe (hip) and Brayden Sier (quad) should be available for selection.

Verdict: Tough first-up assignment to defeat the Eagles at home, but they have won finals in WA previously.TAB premiership odds: $26. 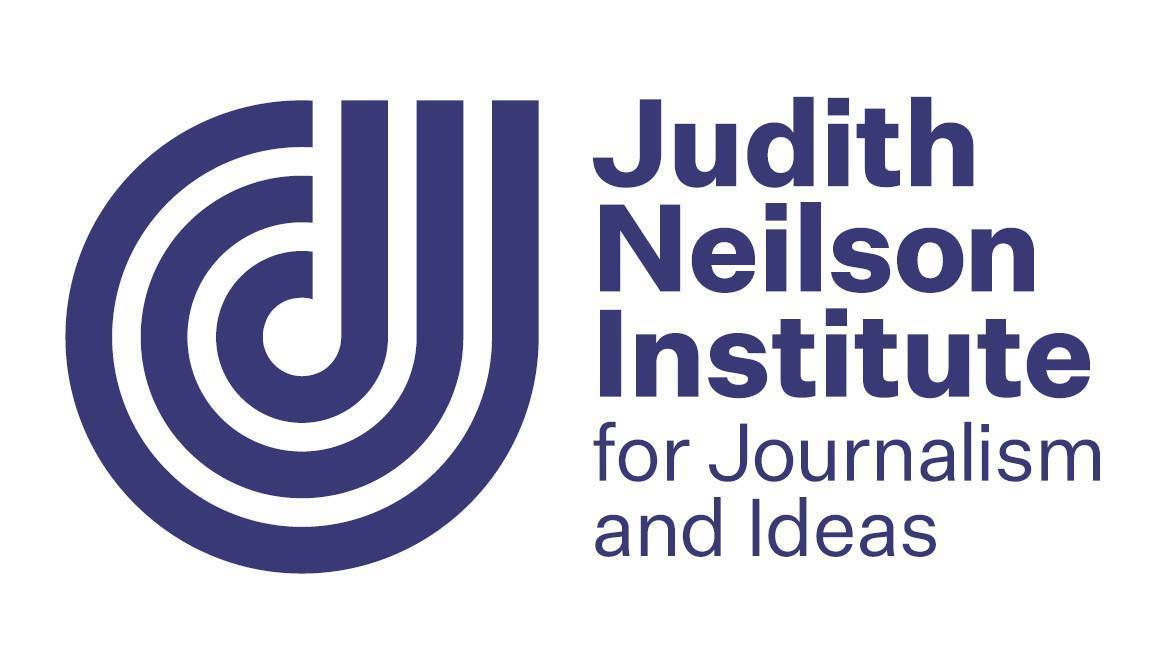